The word gymnastics is derived from the Greek wordt gymnazein which literally means "to exercise naked". In ancient Greece and Rome, a public place devoted to athletes training, called gymnasion (plural: gymnasia) for Greeks and palaestra (plural: palaestrae) for Romans existed in cities. Fitness was regarded as a concept shaped by two cultural codes: rationalization and asceticism; authenticity and hedonism, respectively. In Greece, gymnastic excellence was regarded as a noble and godly pursuit, and was included in a complete education. Gymnasiums became the center of the community, being associated with the arts, the study of logic, and a source of entertainment. Skilled athletes attained an elevated status and devoted their lives to becoming proficient in exercise. Both men and women participated in various gymnastic exercises. The series of activities include swimming, throwing, wrestling, jumping and weightlifting. After the Romans conquered Greece they developed the activities into a more formal sport and used their gymnasiums to prepare their legions for warfare. However with the decline of the Roman empire people lost their interest in gymnastics and it now is only known as a form of entertainment.

We are working with our own factory in China specialy for MasterFitness in India, China, Pakistan and Bangladesh.

Our prices and quality is 1 of the best. 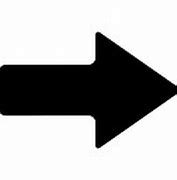